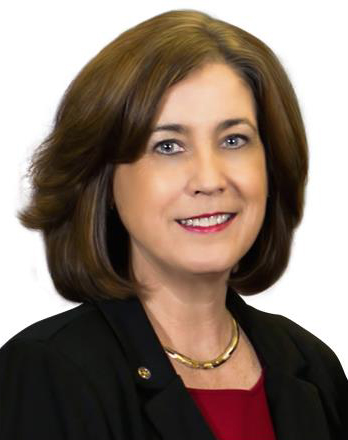 Sue Frost was overwhelmingly elected to Sacramento County Board of Supervisors by District 4 voters in 2016.  Prior to that, she served as Mayor and City Councilwoman in Citrus Heights.

She has been a business owner for 34 years in the field of mortgage lending (retired 2014), consulting and real estate investments. She is a joint owner of Frost Enterprises Inc. FKA: I.F. Independent Financial Corporation, a full service mortgage bank that sold its operation and servicing in 1993 & 1995 to Centex Homes and Mellon Bank (respectively). Sue is a Real Estate Broker and a member of Sacramento Association of Realtors.

Sue has served on multiple boards, trade associations, and community groups; including serving as Vice President Birdcage Heights Neighborhood Association, Past President of the Citrus Heights Green Team, Vice President of Roseville Parkinson’s Support Group, Vice Chair (Homelessness & Affordable Housing) of Tentmakers, and the Sacramento Association of Realtors where she served as the 2012 Education Committee Chair.

Sue was elected to the Citrus Heights City Council in 2012, and served as Vice-Mayor in 2014 and Mayor in 2015.  On the council, Sue has championed fiscal discipline, encouraged economic growth & job creation, community involvement and public safety.

As Mayor, Sue not only led the city, but pioneered efforts to expand regional economic cooperation, support community non-profits and help Veterans with three signature events: Regional Leadership Council, “How Policy Decisions impact the Local Economy,” co-sponsored by Region Builders,  we brought together over 250 local election officials to identify common economic interests, encourage regional cooperation for job creation. Community Leadership Conference, which attended by nearly 200 non-profit leaders throughout the region to receive expert training on fundraising, grant writing, volunteer recruitment and non-governmental solutions.  We Support Veterans celebration and fundraiser.  Over 400 people attended event to honor our US Veterans, and raise over $10,000 for Vets Helping Vets fund.

On the Board of Supervisors, Sue Frost has been a leading voice for fiscal responsibility, public safety, and refocusing transportation spending on fixing existing roads.  She created a unique work-training program to help get homeless off the streets and into self-reliant jobs.  Sue Frost also led the effort to create the county's first Veterans Commission.